WooHoo, CTC has crunched the latest PR from the Government and broken down the totals for local sustainable transport funds to LA level. 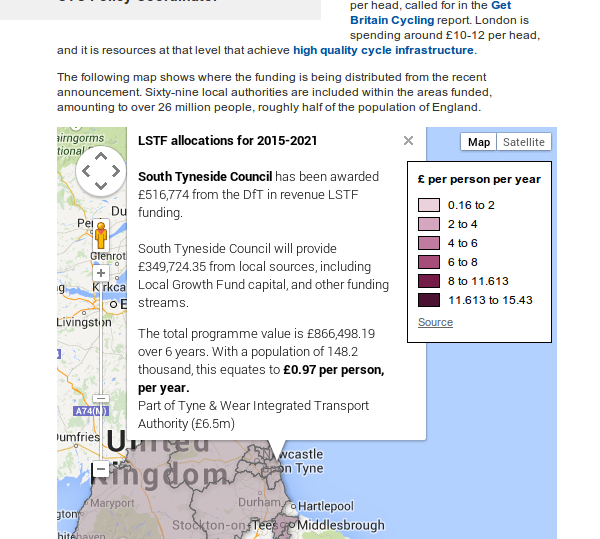 That's not just cycling though, that's walking, buses, Metro and anything else the council can tag with the labels local and sustainable to fund.

Crumbs, actually not even crumbs

Compare with the £4,000,000 pinchpoint bid to ease rush hour congestion between these two roundabouts That's about £27 per person on less than 1/4 mile of roads, which will last only a few years before congestion chokes it again.

Even worse is that inactivity related conditions costs South Tyneside about £43/head/year based on figures from Sport England in 2013.

The Get Britain Cycling report recommended £10 per head per year. That is less than a quarter of what treating inactivity costs. Surely that would be value for money for tax payers, even leaving aside benefits from reduced congestion, and reductions in air pollution and the lower healthcare costs that will bring.