A couple of weeks ago, Newcastle Cycling Campaign forwarded an email about a "celebration ride" showing off some of the new cycle paths around Durham city. A infrastructure safari in other words then.

As I work in Durham and usually cycle in, I thought I take some time out, and would have a look down.

My strava track of the ride showing the route is below
The group met at Prebends bridge in Durham at 10:30 and there was some media attention. You could spot the DCC ride leaders in the obligatory council issue hivis vests. 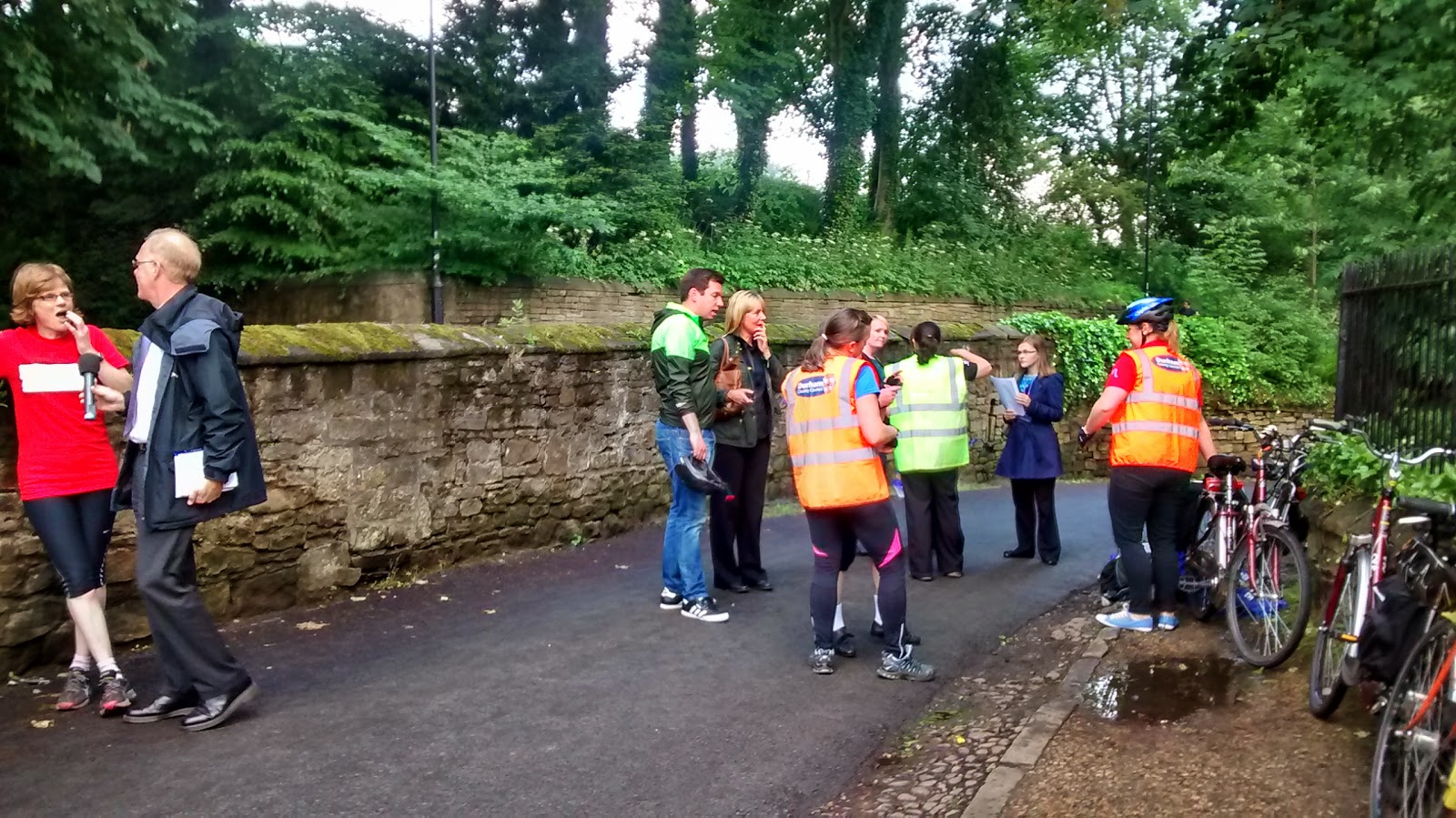 After a few speeches from the leaders and a local councillor about the ride, and the new routes.
The group then headed off down to & across Prebends bridge itself before heading up and past the Cathedral to the Market Place. This section of the route has been carefully and sympathetically resurfaced using specialist teams due to the World heritage site status of the Cathedral and surrounding area. Although the climb on cobbles was fun, but that's Durham for you!

From the market place the ride ran along the narrow shared path over the Milburngate bridge, and then beside the A691 up to the DLI museum.

We then joined the first piece of new infra, which was a path heading from the DLI besides Ackley Heads, and then up to Pit lane at Newton Hall.

At the end of the path where it joins Pit lane at the Carr House Drive junction, Victoria (the ride leader and organiser) explained that there are aspirations/plans to convert the existing pedestrian crossing to a Toucan and extend the routes up to the busy shopping complex at the Arnison centre. 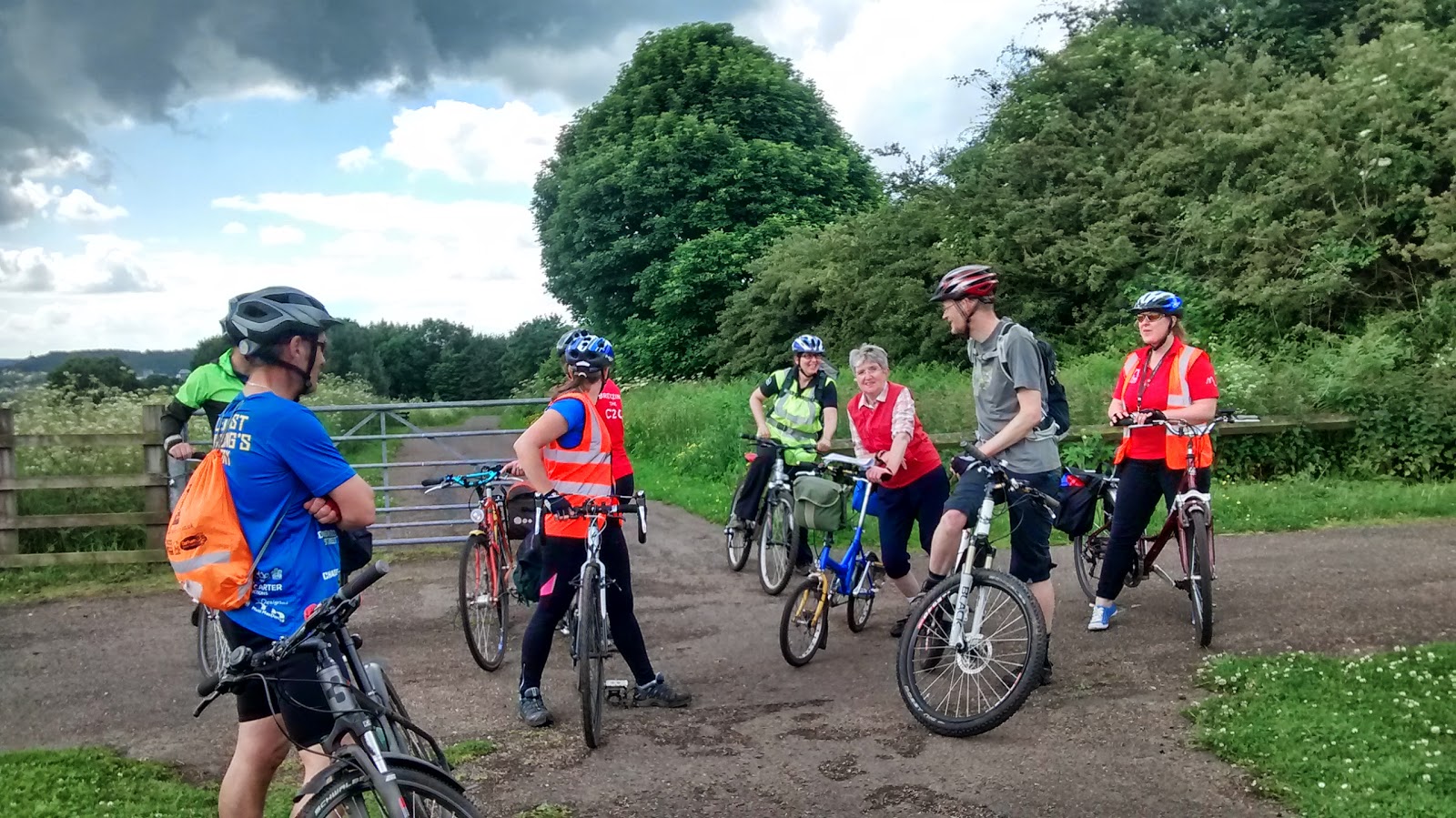 We then headed along Carr House Drive, and onto Canterbury road before heading on another section of newly surfaced path though the Low Newton nature reserve. It was explained that this path is surfaced with road planings. 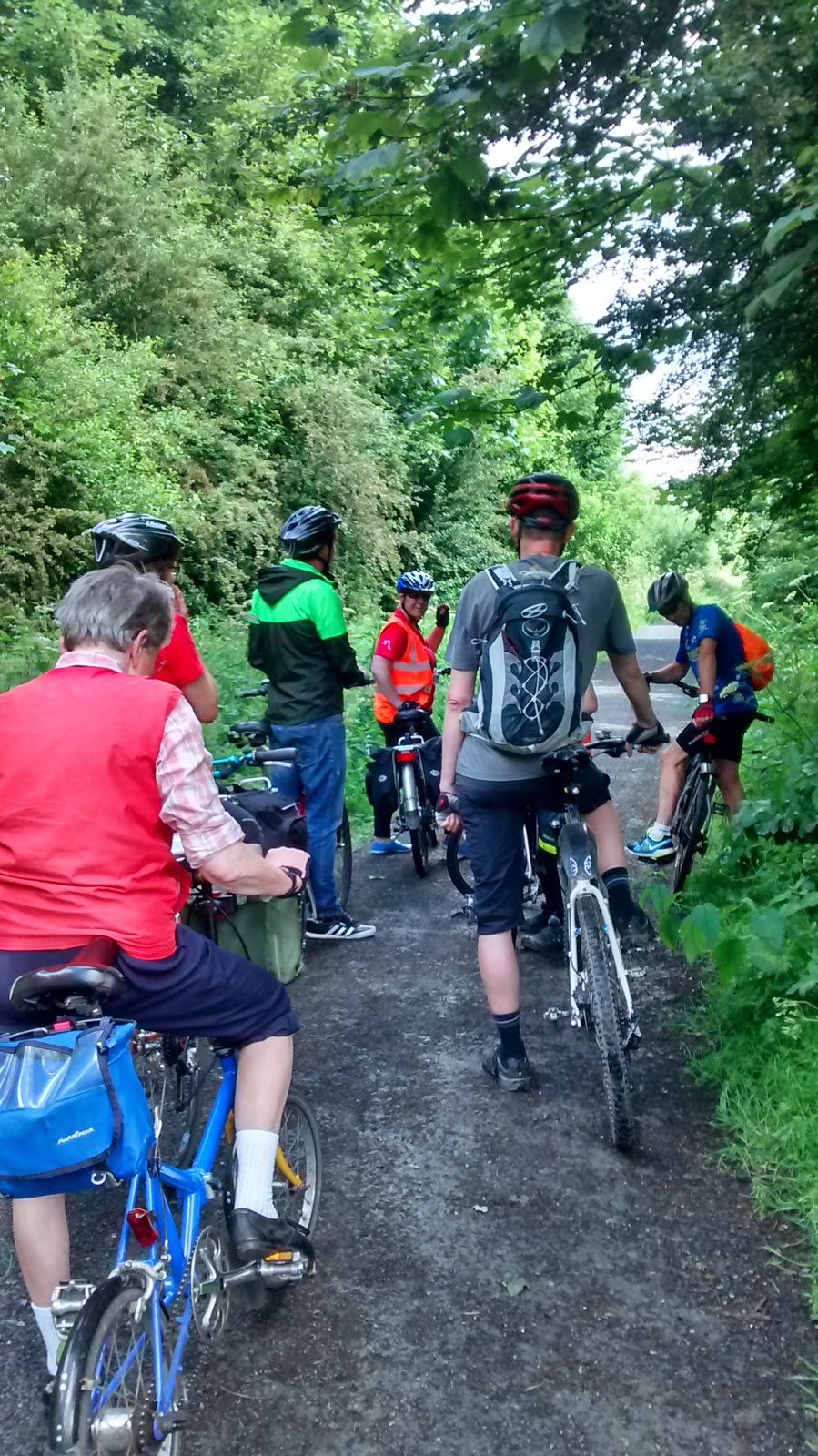 The path lead us round to Dovecote kennels, where an arranged meet took place with the Kennels owner, and a regular user of the paths who uses a mobility scooter, who both explained how the new access had increased use of the path, and enabled more people to access it.

We then headed back to durham along a very minor (cosy) wooded lane which then broke out to poppied fields with a mile or two of the city centre. You can see the Cathedral in the distance of the group shot below. This lane is part of the existing Weardale way, and runs right into the centre of Durham along the river. 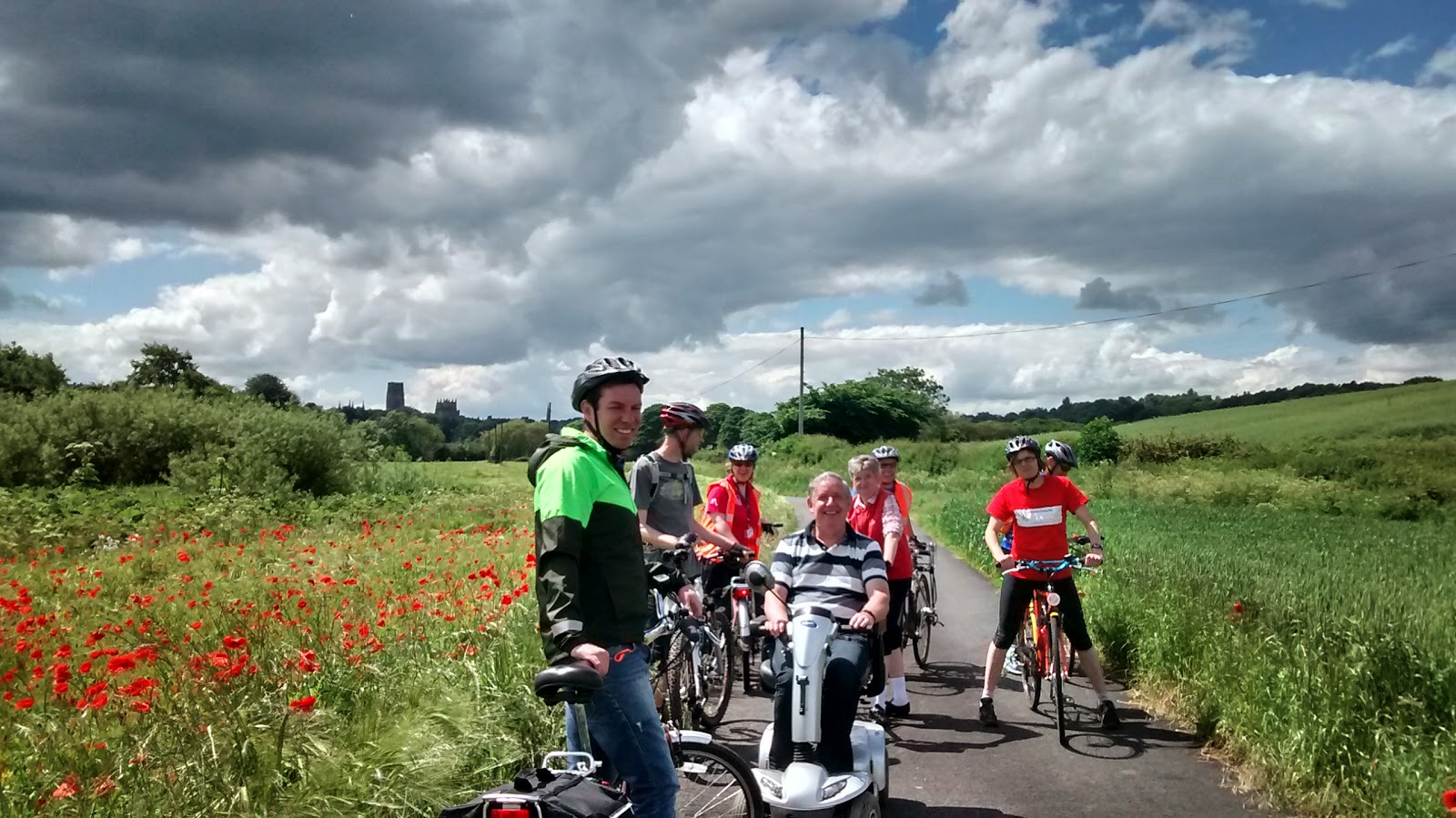 Once back in Durham it was a mishmash across the cyclist/pedestrian bridge and then up to the Market place. Some people darted off to get back to work, whilst several of us headed to a cafe for a post ride coffee and a chat.

The routes are great, and Victoria, & her colleagues are justifiably proud of their hard work.
There were comments about the funding being pulled from various sources, and to my view this indicates the shaky status of cycling within LAs. Even as leisure routes, cycleways like this are important tools to get people out and about on their bikes, and in my view deserves much better funding.

I was especially pleased to see the guy on the mobility scooter (sorry, really rubbish with names) as it shows how important easily accessed and inclusive paths like this are to the less able, and is something often missed when referred to just as cycle infrastructure.

It may have been me, but on the new routes, I did not see any signposting, which is a shame as people local and outsiders may not "discover" the routes. Again this is an issue that affects cycle routes across LAs.

It highlighted to me just how poor and disjointed some of the infra in Durham city centre is, especially across the river, up to the market place. Also across Millburngate bridge and alongside the A691 until past the viaduct. Again that's not a criticism of these routes