Noticed that there has been some new bicycle parking installed at the Brockley Whins Metro station on South Tyneside.

The previous parking, which is a couple of sheffield stands behind the Westbound station building, cunningly placed to render half the capacity unusable. They are still in place.

These are the new stands. Only gripes are that they are not covered. Some lockable "pods" would have been nice to attract regulars. Also they have been placed under the CCTV mast, so it is very possible that they are not covered by CCTV, which is isn't good news. Other than that they seem to be reasonably well placed and accessible. The concrete plinth has been there a few years, since the install of the CCTV, and I always assumed it was for maintenance vehicles. Obviously no more. 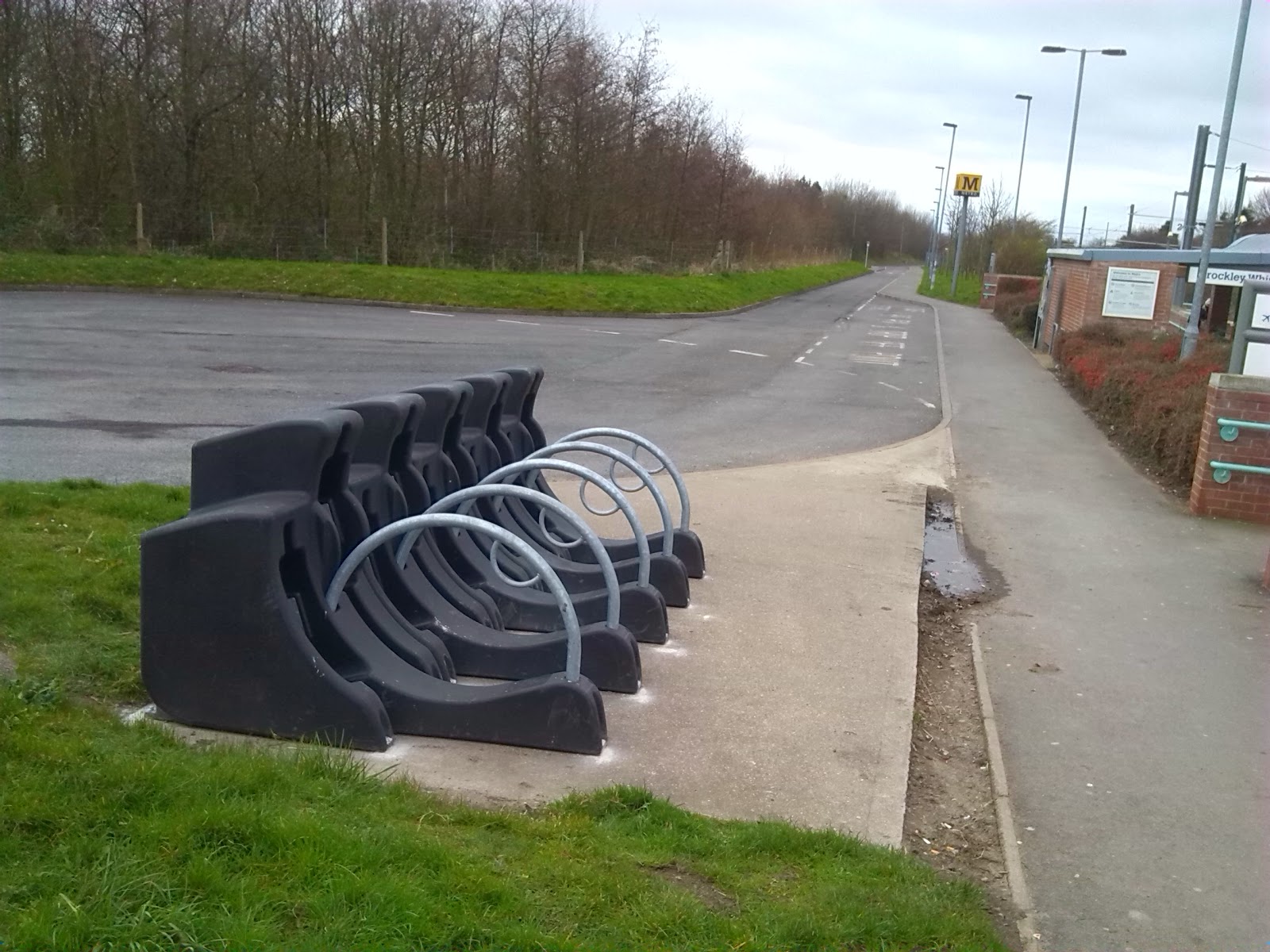 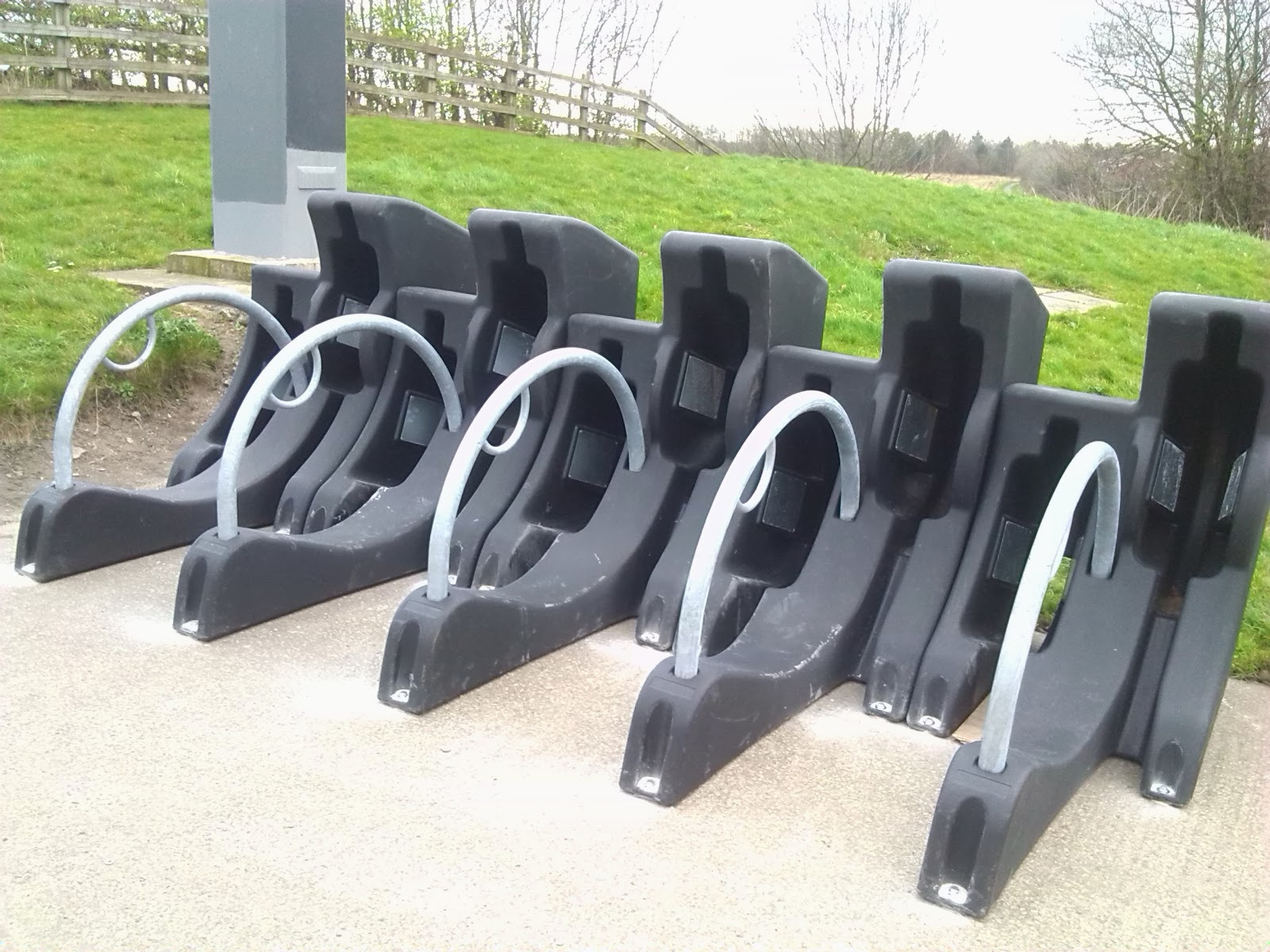 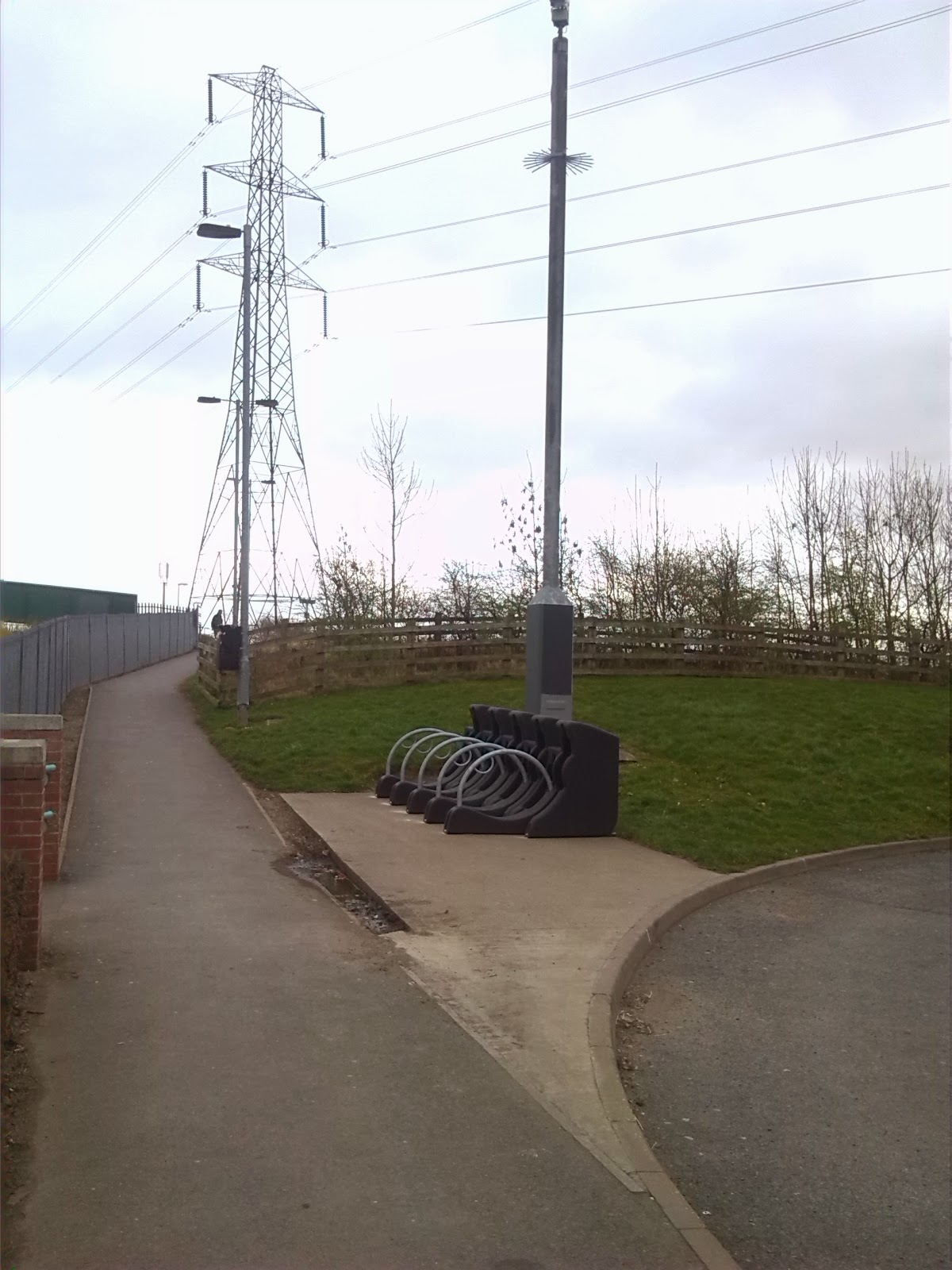