They have changed the layout to accommodate more lanes and signals at the roundabout.
The project page is here along with links to the plan, and the consultation report.

The consultation report does mention access to properties, but nowhere does it mention any consultation with groups or organisations representing the cycling community. This is surprising, not least because it is the route of the Sustrans NCN 725. I am presuming the give way markings are appeasements to locals.


They have removed grass verges and squeezed footpath space to make the extra room for vehicles and in the process created some fairly tortuous and frankly extremely poor space and routes for both pedestrians and cyclists resulting in plenty of potential for conflict.

The southbound route has been largely completed with the exception of signal installation, and the full horror has been revealed. 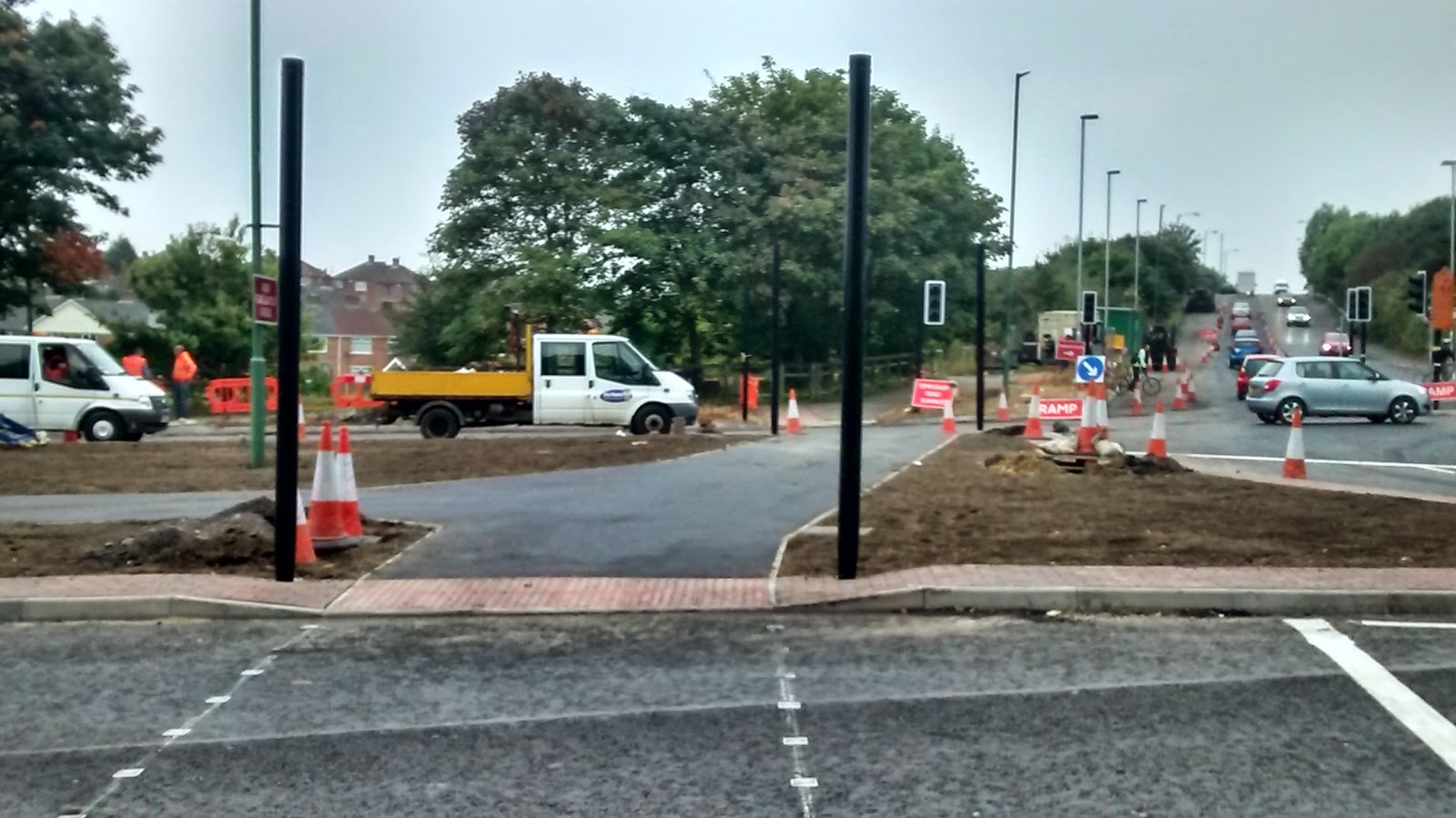