Cyclists on pavements are the wrong target

With the recent statement from the "cycling" (junior transport really) minister, Robert Goodwill reaffirming the advice to police not to issue fixed penalties for people riding on the pavement in a sensible and responsible manner, a flurry of responses from organisations have raised objections.

Most of these organisations have completely missed the point and an important opportunity.

Most experienced cyclists like myself, would rather not ride on pavements.

They are often narrow, rougher and badly maintained compared to roads, full of street furniture, and often have no dropped kerbs at junctions.

Organisations such as Living Streets and others need to get behind the space4cycling campaign and change it into a space4people campaign.

Safe separated cycling facilities should be provided from road space which is often plentiful, NOT from narrow pavements. Most road space is wide enough to provide this space, but local authorities find it easier to slap down a bit of paint.

Below is an excellent example from my town. Wide grass verges either side of a wide road with central turning markings, and a bus stop layby. But the narrow pavement has been converted into a shared use facility between pedestrians and cyclists. Why? Because it's cheap and doesn't upset the motoring lobby

South Tyneside council like many other LAs makes lots of pavements like this as shared use making it legal for bicycles to use them, which reinforces the belief of some that all cyclists should be the pavements, and often causes confusion then the shared status ends without warning. The shared path along the John Reid road is a perfect example of this, the shared path ends at a Toucan crossing, but isn't shared use on the other side. This is on a route put in to link primary schools as well. 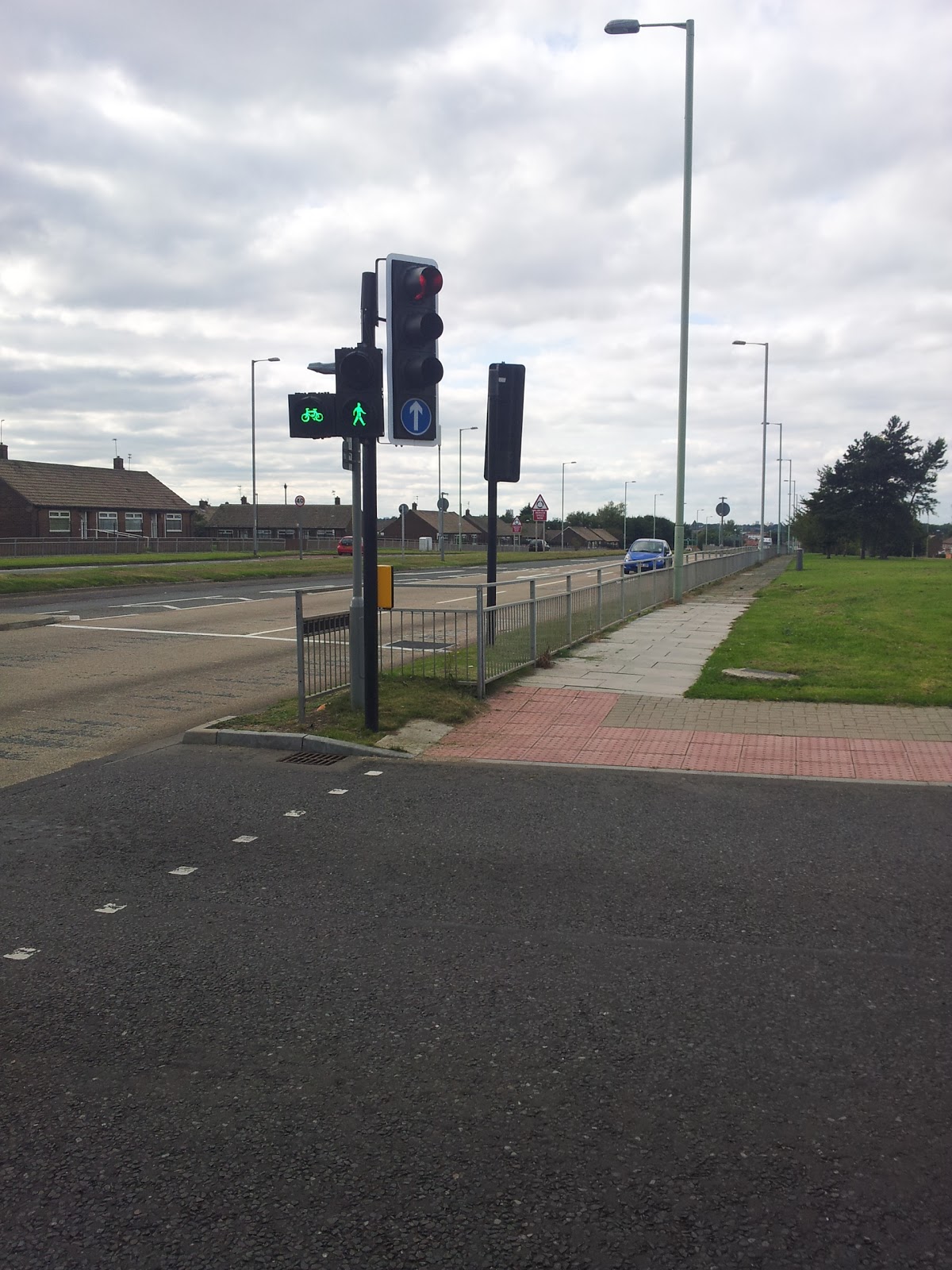 It should also be pointed out that cars on pavements present much more of an obstruction and risk to pedestrians. approx 60 (sixty) pedestrians are killed by cars on pavements every year compared with 1 by cyclists. Drivers are the real inconsiderate and dangerous ones on the pavements. Drivers are often very inconsiderate and dangerous towards cyclists on the roads scaring some onto the paths.

Motoring is the real enemy, not people on bicycles. All the pedestrian and cycling organisations need to recognise that fully and form a united front against the real enemy and danger.
Posted by Gazza_d at 13:00