A lot of people think that it simply isn't possible to shift more than a couple of mars bars by bike. nothing could be further from the truth.

Syd Mead, the conceptual artist responsible for the look of Bladerunner which is one of the most influential Sci-Fi movies, recently commented that although you can carry a melon on a bike, you cannot carry anything else.

In the bag of my Moulton, I can easily get 2 or 3 carrier bags of shopping in.  I can get similar in a couple of large panniers, but I do prefer the single large bag and of course the bike it sits on.

Below is the loaded bag, and the contents of one random shop. 6kg of dry dog food. 2 2L bottles of fizzy pop, several tins etc. Most people I see coming out of supermarkets don't even buy that much at a time. 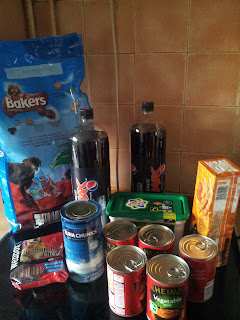 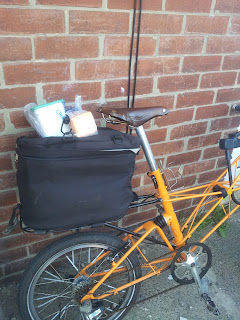 For larger shops, I now have a trailer. Sixty quid from Ebay.

Below are some of the loads I have pulled on it. 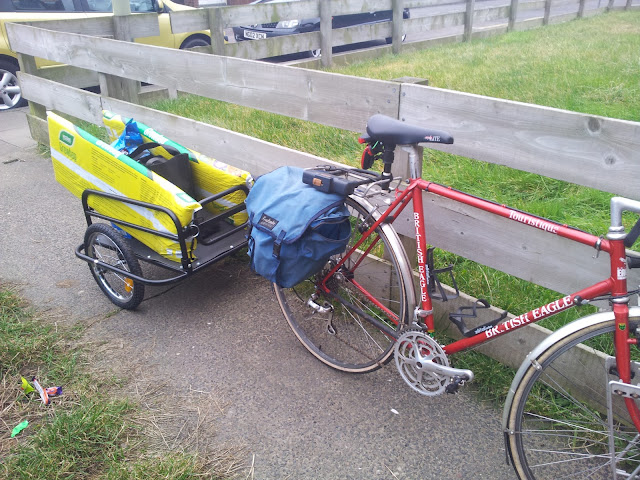 Again, dry dog food and a lot of other shopping from Morrisons 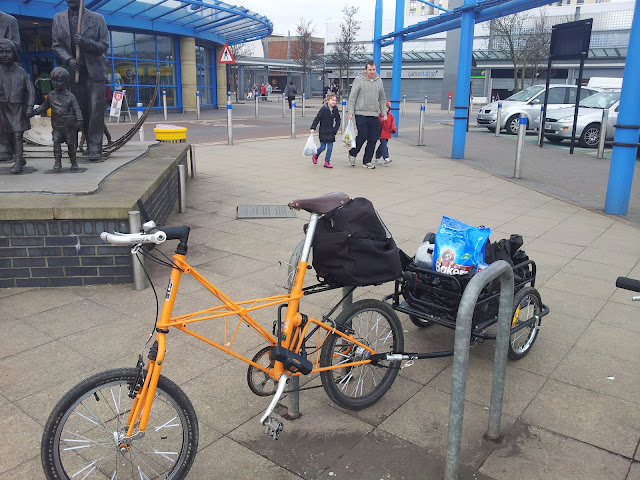 3 of the large Morrison's bags for life full loaded. This was a well loaded trolley full. 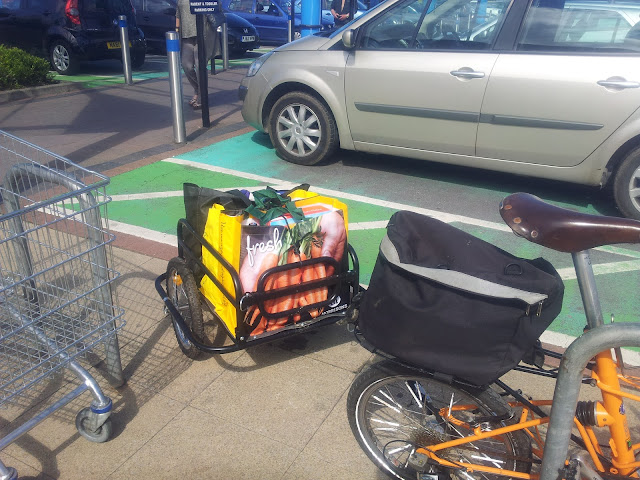 Aside from shopping, the trailer is a remarkably useful and convenient tool for shifting stuff around.

Here arrived at the allotment after tugging a polytunnel frame there. 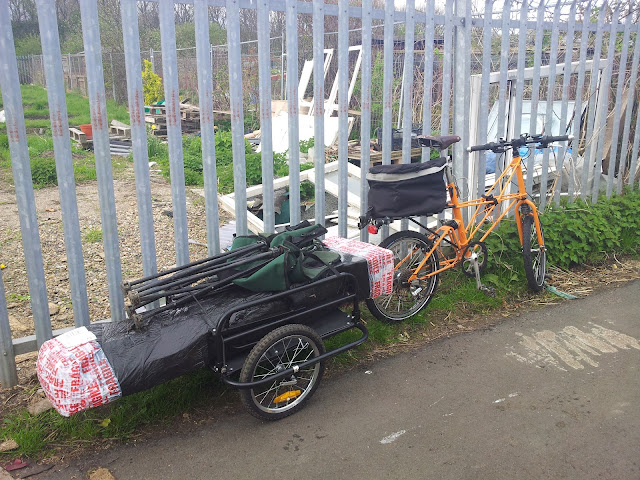 Loaded up and ready to take the lawnmower down to the allotment to cut the paths between the beds. Saves muddying the car up. 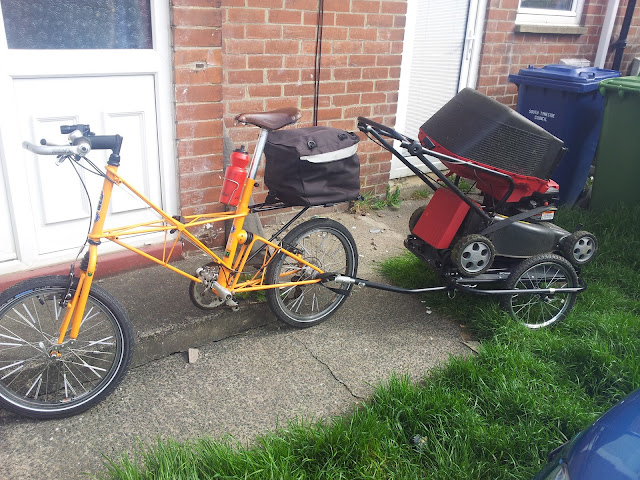 Even in the depths of a snowy winter, it can be easier and quicker (as well as more fun!) to take the bike to the shops, rather than drive. 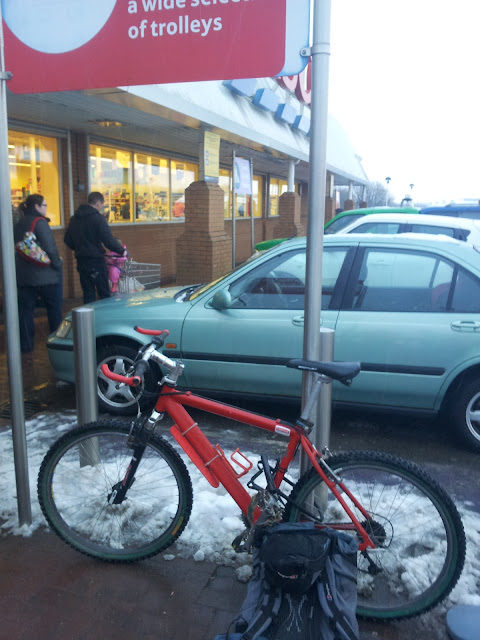